TOPNEWSACTIVITYTohoku Pacific Earthquake: Report 8 on Medical Activities on the ground

Tohoku Pacific Earthquake: Report 8 on Medical Activities on the ground 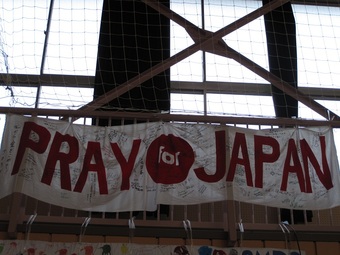 We met a young girl at one of the shelters we visited who has repeatedly been engaging in self-harm. When we asked her why she did this, she said ‘to ease the frustration of day to day life.’ While on one hand there is the reality that many, many people lost their lives due to the tsunami, on the other we see those who survived without even a scratch deliberately harm themselves. Looking at this behavior from the outside it’s hard not to view it as something negative. She told us that when she showed her scars to friends, they shouted at her time and again, telling her to stop indulging herself and worrying others.

However, as we continued to talk with her, we learned that as a child she did not have much communication with her family, that her parents would tell her she was worthless and so on. It was clear that she did not have the right tools to build a normal, happy life for herself. She said that she did not self-harm because she wanted to die – rather she said that she wanted to live. She does not enjoy showing her scars to other, but simply feels like it is a way to connect with them. More than wanting to die, she simply felt that she needed to create an environment for herself in which she could live, and that in order to do that she had to harm herself.

It is now one month since we first met. She is now exploring different ways to cope that do not involve self-harm and is working hard to build new relationships with others. Her smile at the beginning of this endeavor seemed a little forced, but now she smiles effortlessly. Perhaps amid all those who were affected by the tsunami there are those who had been in need of psychological help for a long time. Here in Ohtsuchi where life has become so much harder since the unprecedented tsunami and earthquake, we want to explore new ways of creating safe, stable living environments along with this girl, and her new friends.