TOPNEWSACTIVITYHow did you contract Ebola?

How did you contract Ebola? 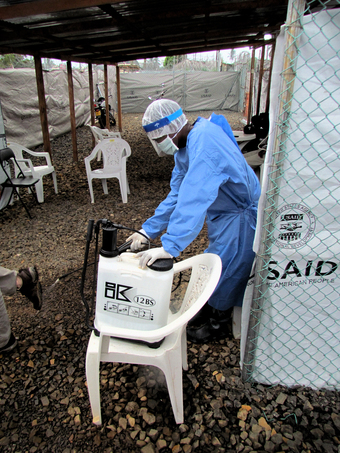 I’m a physician assistant, I was caring for a nurse at the time who was ill. I didn’t really know she had the virus. Then, she was tested positive for the virus and later on died. It was after a little more than a week after that I started showing some symptoms. First fever, very high fever, then weakness and joint pains for up to two days with no improvement. On the third day, I got the report from hospital. I had to be taken to the Ebola Treatment Unit (ETU).

The JFK ETU at the time. 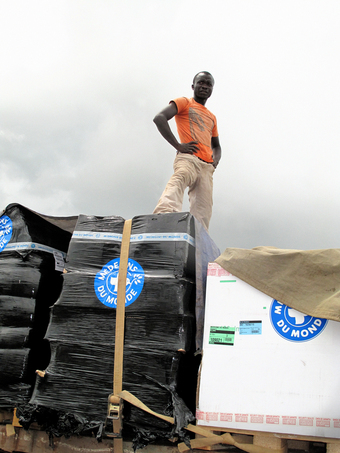 Back then, could you not protect yourself when you noticed your colleague was very weak and apparently sick? Did you not have the appropriate material to do so?

No. At the time, there were no Personal Protection Equipment (PPE) to prevent this. I was exposed. I had no protection. I didn’t really know she had Ebola. You know, Ebola is a strange disease. It’s fast operating. We’ve never experienced this in the world. So not having knowledge of the management of this, it was a challenge for health workers that led to so many deaths among them.

How long were you sick? How long did you suffer from Ebola?

I stayed in a unit for three weeks. And then I was discharged based on my results. They came negative twice. Because they do the test every time. The first test was actually positive and then the last test results came in negative. It was based on that… I was discharged. 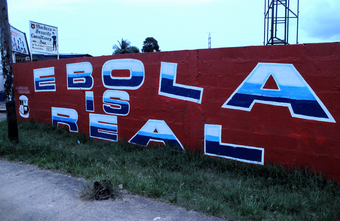 How did you feel? Were you frightened?

When I got to the ETU, it was terrible. I felt death. I was picturing death because the information was that once you’ve contracted that particular disease chances of living are very slim. That thought at the back of your mind was a terrible thing. It wasn’t actually easy but god helped us…

After leaving the ETU, how did people behave around you? Were you stigmatized?

Yes. Stigma is a problem. It has been a problem and is still a problem. When I came out of the ETU and went home, family members embraced me, a lot. Even some community dwellers, some of my church members, they came round to welcome me. But there was no touching at that point. People would stand far way and speak to you.

I lost more than 8 or ten kilos.

So you needed some time to get back on your feet?

Yes, I needed time to strengthen myself and tried to do other things.

Actually, I was called by the Ministry of Health to coordinate the activities of survivors. Right now, we’re trying to coordinate our own activities as survivors. And I’m chairing that group. We’re trying to establish our own association as a group of survivors to be able to advocate for ourselves and talk about the issue of stigma and recreate enabling environments for survivors because some of them have been stigmatized, even at work. Some have lost their jobs. So we want to put ourselves together and channel our problems through our organization and maybe help.

Yes, because there is another reality. Once you’ve survived Ebola, you’re immunized, and you can provide care without being at risk yourself…

A lot of survivors are currently helping in the ETUs to provide various services, like counseling for those patients, doing other work as hygienists and other things. Some of them are also helping those orphan kids whose parents died from Ebola because survivors are the only ones who can take care of these people for now as a lot of people are afraid of them. So you have them in these care units in so many places. Some of them are also training health workers. Survivors in trainings are very important people because they tell clinicians the rights and wrongs in the virus ETUs and show them how they can improve care for the other patients in there. So they’re contributing immensely to this fight in other places. 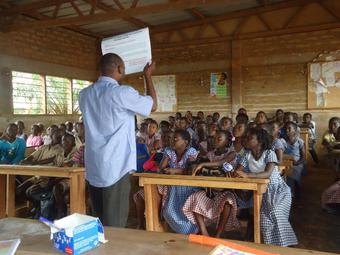 You also give hope to everyone there…

Yes, by me coming up initially to tell the whole world I’m a survivor… People have seen me on the television. That alone gave all people hope. It reduced the level of fear people had when going to the ETU because they were scared to die, to be sprayed and be done all sorts of things. So that alone was a great hope and encouraged a lot of people to go willingly to the center.

How many heath workers were killed by Ebola?

Do you work with Médecins du Monde / Doctors of the World or were you invited by Pierre for me to speak to you?

Yes, I was called yesterday to be part of the program.

Can you tell me what you think about the work of international NGOs here in Liberia during this crisis? Has it been enough, not? Reassuring?

Some of them are doing their best to help support the national government’s efforts in this fight. As this fight can’t be one person alone. It’s a collaborative effort for all of these NGOs, other international structures and the government of Liberia to help contain the spread of this virus and to totally eradicate it from the country. I appreciate that effort and I think they’re doing a great job. We just urge to do more for our country to be free of Ebola.