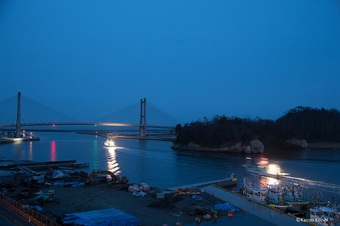 March 11 2011, an unprecedented triple disaster hitting Eastern Japan claimed thousands of lives and washed away the life of people and it resulted in brutal damage in there.

Six years on, the day will also be marked 7th anniversary of the catastrophe victims. We would like to express our heartfelt condolences and sincere sympathies for all those who have been suffered in the disaster.

Fukushima, in particular Sou-sou district where was most affected by triple disaster is still facing a lot of difficulties and challenges with the recent and upcoming lifting of evacuation orders. There’re tons of factors that may affect evacuee’s mental health: a soaring ageing population, the loss of social role, the disruption of family, relocation stress (prefablicated housing to public housing units for victims/home their own), the dissolution of the community, emotional conflicts among residents over the gap in compensation payments and a decreased function of support system.

The number of deaths caused by the disaster (Sep.2016 Reconstruction Agency):
Fukushima 2,086 of totaled 3,523


Yet most of hospitals resumed and a shortage of manpower in health, medical and welfare service, psychiatric care system in the region is still far from the reconstruction. ” Sousou Mental care center Nagomi(Nagomi) ” that MdM work with, takes a crucial role in psychiatric care in Sousou district. They have been struggling to respond to the endless needs despite the fact that the most of staff themselves had also been affected by the disaster. 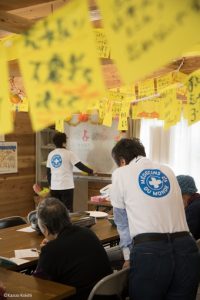 After the “horrible event, the resolution calling for the closure of the nuclear power plant has adopted in Minami Soma City and Namie Town. All municipal assemblies in Fukushima unanimously passed resolutions affirming its opposition to nuclear power. Those decisions are fully reflected the residents voice. Not only direct damage but also residents suffer from a huge burden and difficulties beyond the imagination and it still remained.

There have been conflicts and disruption among family and community over evacuation and compensations and evacuees face tough decision whether or not return home with the lifting evacuation order which now divide community again. We’ve seen and heard criticism of the people who keep living in Fukushima with their children, discrimination against Fukushima evacuees and suicide in children, which also cast dark shadow across over the people who provide mental health care in the district.

Immediately after an earthquake, MdM dispatched medical teams to the disaster area comprised of psychiatrists, nurses, clinical psychotherapist, logistic experts and other specialist staff and has been relief efforts for those affected by the disaster including psychological support at evacuation shelters, temporary house, homes and hospitals, as well as basic medical care. We still continue our work with Nagomi in Sousou district.
In Kawauchi Village, MdM supports local community to build a plan for the elderly who returned home enjoy active social life, which now includes mental healthcare related to dementia.

MdM value the voice from our volunteers who engage in the project such as “Understanding what the residents need, Listening to the voice, making connections, Respecting one’s choice and time” and do keep our work in here Fukushima. We continue to testify what’s going on in Fukushima going forward.

We would very much like to thank you for your support, assistance and intervention. Your continued support would be greatly appreciated. 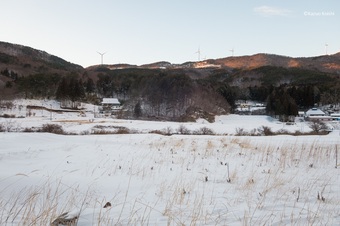