Through the outreach activities, our teams contributes in connecting people whose access to healthcare services at our clinic is restricted, especially children, pregnant and lactating women, and the elderly people.
MdM Japan works to improve healthcare access among Rohingya people to prevent further trauma both mentally and physically.

Médecins du Monde Japan –Doctors of the World Japan- will start emergency medical support activities for Rohingya*1 refugees (hereinafter Rohingya) who have fled from Myanmar to Bangladesh. In the past three months, 623,000 Rohingya have crossed into Bangladesh since an armed clash erupted on Aug. 25th between Rohingya militants and Myanmar security forces. About 840,000 people *2 (as of November 24) have been evacuated and dispatched in several refugee camps located near Cox Bazar, southeast of Bangladesh. 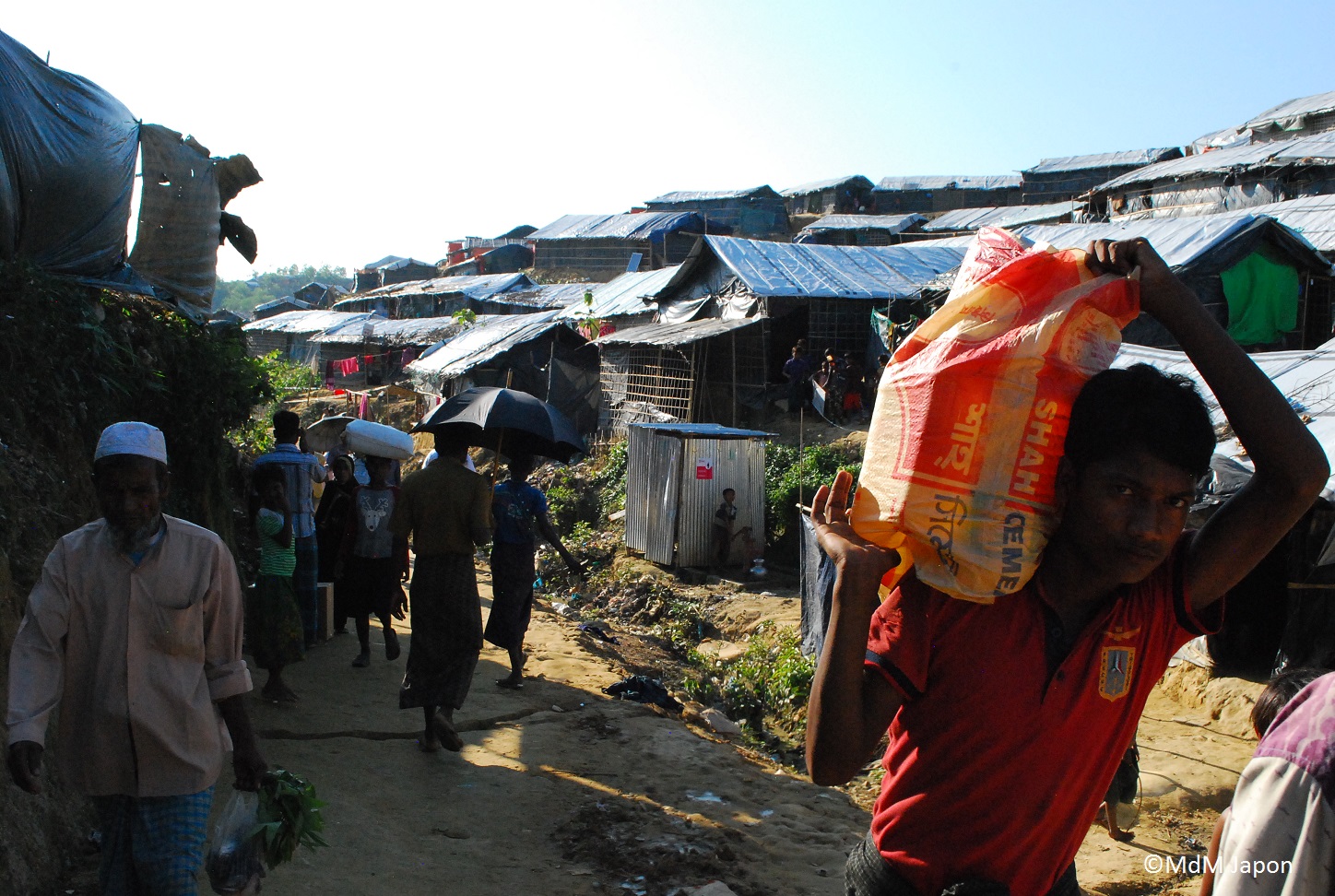 Rohingya have been persecuted for many years, they also have been deprived of citizenship and have been confiscated their home or place of residence, now they are still facing severe restrictions of movements. Over 600,000 Rohingya people were driven off their land and escaped across the border after an outbreak of violence following the attack in August. Several brutal violence including shooting civilians, assaults, and burning down villages have been reported by patients who visit MdM clinics. The situation is getting out of control with the massive influx of Rohingya. Water, food and medicines are all scarce and many people are malnourished in the camp. There is also concern that infections may spread and spread easily due to poor hygiene conditions in refugee camps. Meanwhile, children living in the camps are unable to receive education and basically everyone is trying to survive on a day to day basis. 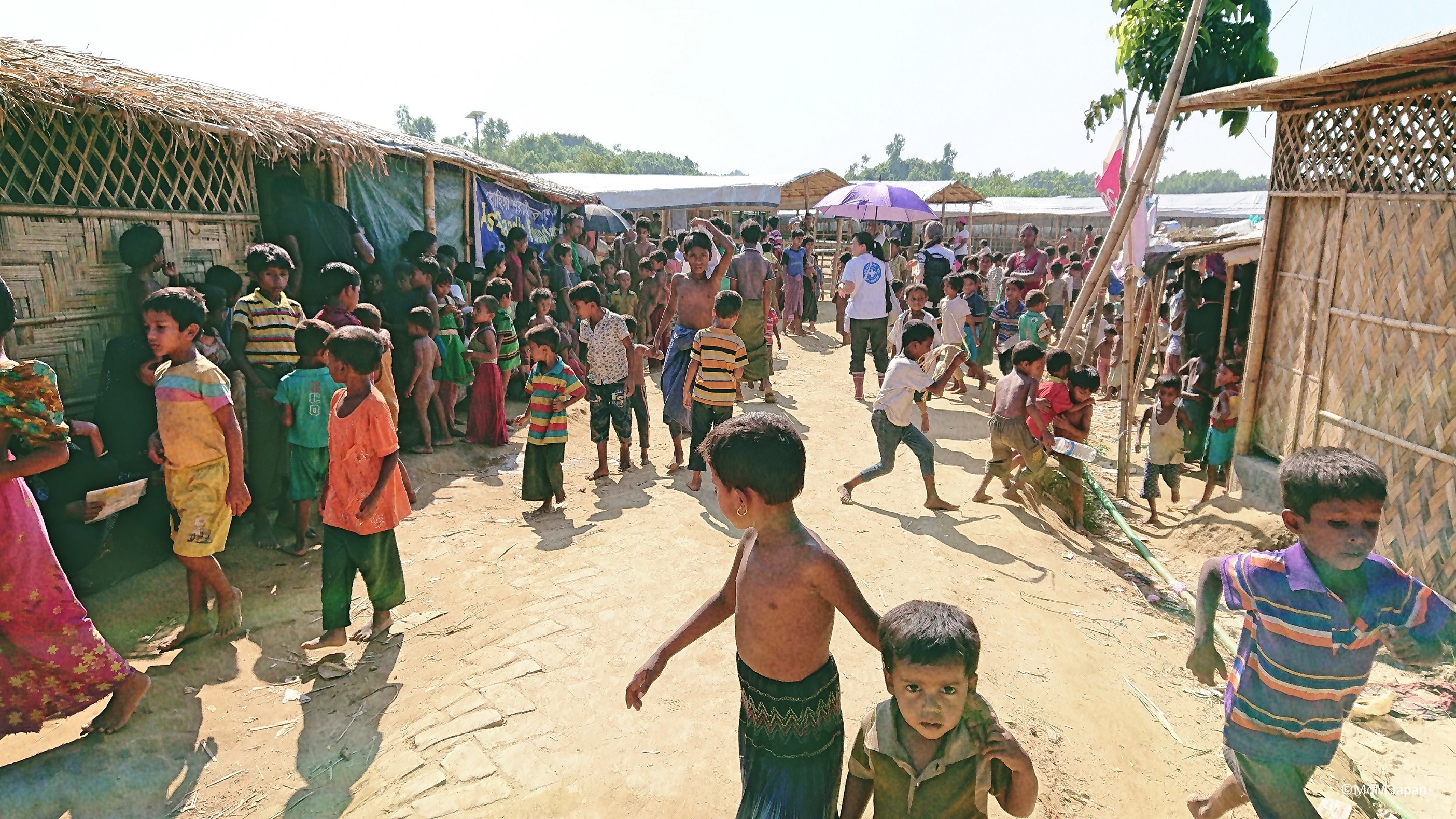 MdM Japan dispatched a survey team to assess the needs for support in terms of healthcare, nutrition and hygiene conditions in the camps. Following the results of assessment, improvement of the amount and quality of primary health care is an urgent issue, thus MdM Japan decided to start an intervention operation at Kutupalong makeshift refugee camp where the volunteers already on field are overwhelmed. MdM France and Gonoshasthaya Kendra（GK）, a local partner, have been working in offering medical support service mainly focusing on primary healthcare since September 2017, offering free consultations to more than 200 patients per day. In response to a huge demand for healthcare, MdM France and GK are planning to build a larger clinic.

Through the outreach activities, our teams contributes in connecting people whose access to healthcare services at our clinic is restricted, especially children, pregnant and lactating women, and the elderly people. It is also said that Rohingya people have a tendency to hide the deterioration of the nutritional and health status. MdM Japan dispatches a medical as well as a general coordinator who shall be stationed on-site. The team who consists of Community Health Worker (CHW) mainly women, is to contact the people who are the most in need of assistance, explain the necessity to receive healthcare, attempt to minimize the psychological and physical obstacles to attend the clinic and is to persuade them to come to the clinic. CHW will monitor continuously the patients who needs follow-up care. In addition, CHW will carry out ongoing monitoring and awareness raising activities to encourage the beneficiaries towards a better knowledge about nutrition and health. 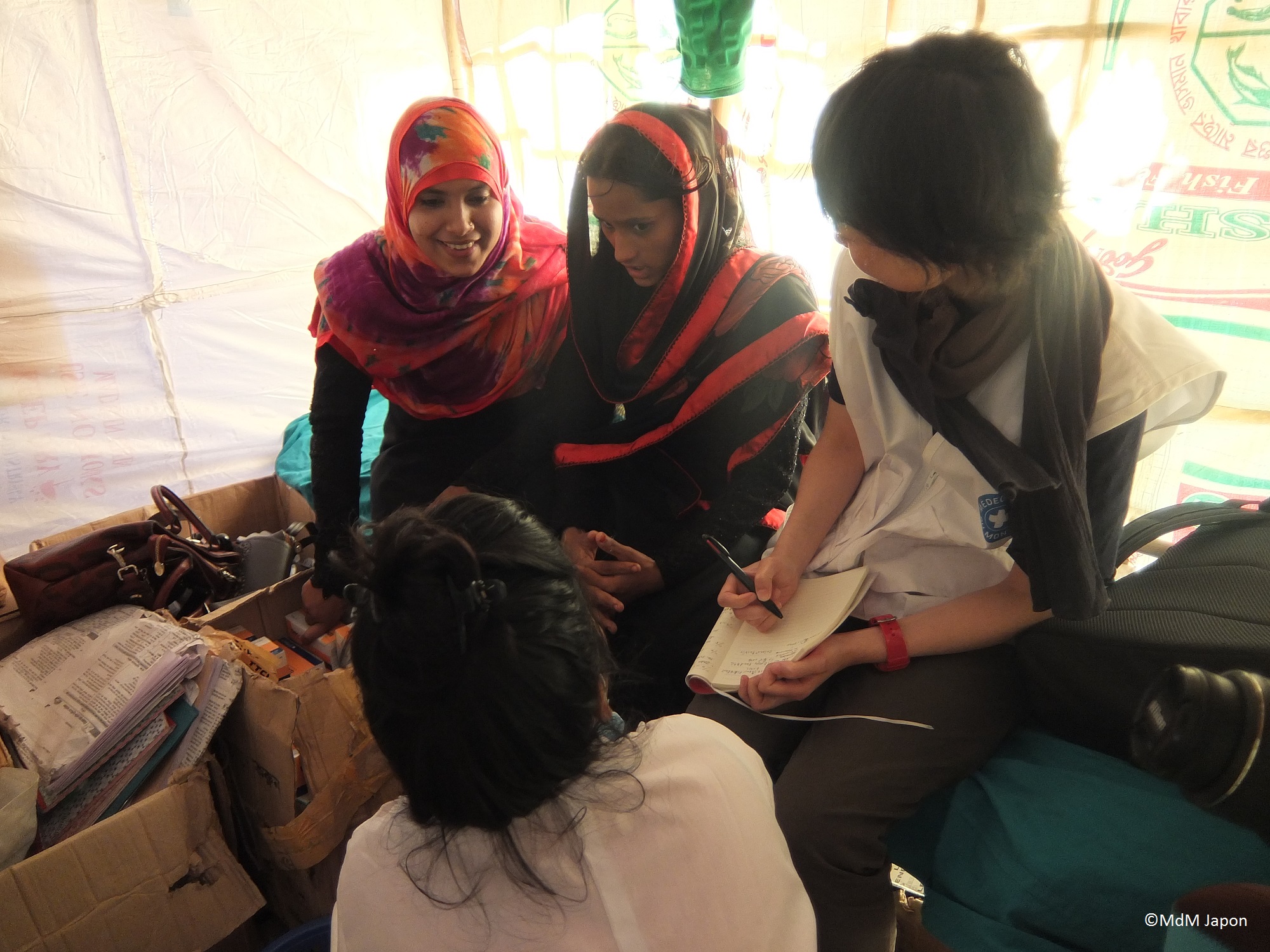 “ As MdM Japan, we seek a way of support to make effective use of our expertise and experience for a humanitarian crisis that occurred within Asia. While respecting their faith and customs, MdM Japan works to improve healthcare access among Rohingya people to prevent further trauma both mentally and physically. The international community should give priority to a humanitarian response that would enable the Rohingya to live in dignified living conditions.” Gael Austin, President of MdM Japan, commented.