Unmerited patent maintained with the complicity of EPO 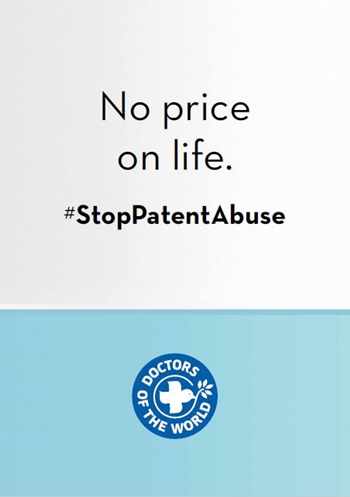 Médecins du Monde together with Médecins Sans Frontières and other organizations from 17 countries challenged a patent on the hepatitis C drug sofosbuvir at the European Patent Office (EPO). EPO decided to maintain this key patent on a pharmaceutical component, despite the fact that this component is inactive.


Unmerited patents create monopoly positions, allowing companies to pressure governments into paying exorbitant prices on lifesaving drugs. For this reason, Gilead can still charge up to 43,000 Euros for the twelve-week treatment based on sofosbuvir in some European countries. The massive financial burden on the health systems caused by the excessive prices are shouldered by the European tax payer, who up to now have paid more than 8.5 billion Euros into Gilead’s pockets. This drives the health systems to the brink of collapse.

As a result, the treatment based on sofosbuvir, which is currently the most effective one, was rationed in many countries.

“We are very concerned by this decision of the European Patent Office. It demonstrates that the patent system is broken in Europe. We are extremely worried what this will mean for the many new cancer drugs that are currently coming on the market. Their price is tenfold higher than the price of sofosbuvir”, says Oliver Maguet of MdM drug pricing campaign.

By filing the opposition, MdM and its allies forced Gilead to itself amend its patent prior to the public hearing. “It is vital for civil society organizations to challenge the patent system in Europe. This is the only way provide evidence on patent abuse and the lack of scrutiny by the EPO”, says Olivier Maguet.